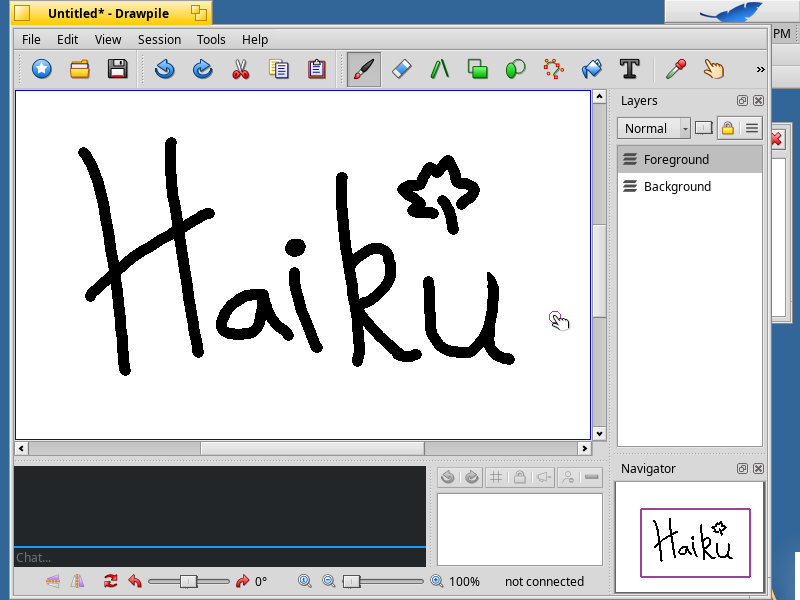 A few months ago, I stumbled across an interesting piece of software called Drawpile. It is an open source drawing program which allows users anywhere in the world to draw together. It turns out (and I’m glad) that this program is available on Windows, Mac and GNU/Linux.

But why stop at those three? I had the idea of porting Drawpile to Haiku as a bonus. For those who don’t know what Haiku is:

Haiku is an open-source operating system that specifically targets personal computing. Inspired by the BeOS, Haiku is fast, simple to use, easy to learn and yet very powerful. – haiku-os.org

BeOS, developed by Be Inc., has been long discontinued and Haiku supports most (if not all) of it’s features. You can find out more through their FAQ. Haiku has it’s own package manager called HaikuDepot (think of it like an App Store) where you can download applications for Haiku such as: Telegram, Blender, LibreOffice and Transmission. For developers: Qt, Vim, Emacs, Python, Rust and Swift etc..

Porting Drawpile to Haiku required a few dependencies that already existed on Haiku such as Qt5, libsodium and KF5 KArchive. I wrote a buildscript (called a recipe) which builds Drawpile into a nice package for HaikuDepot. A few changes to the buildscript later and Drawpile compliled on Haiku! 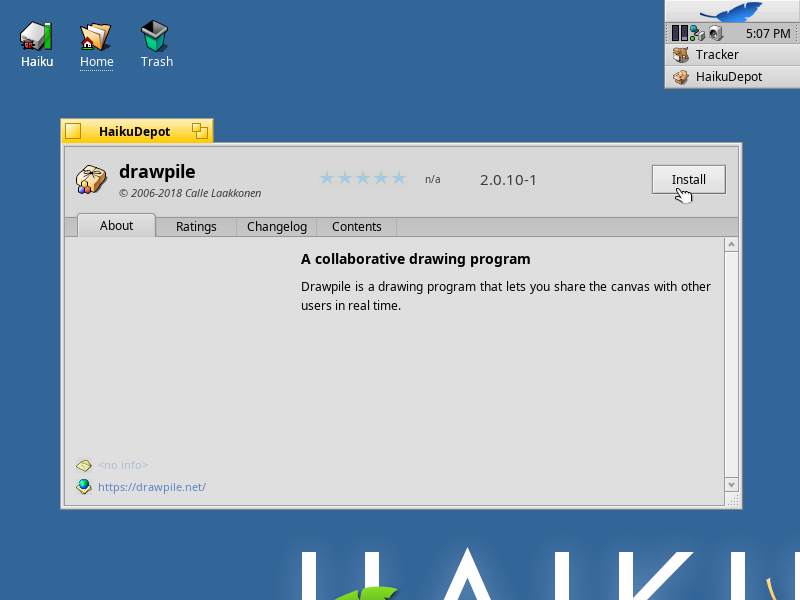 With the installation complete, I launched it from Applications / Drawpile in the menu screen and the GUI opened with no issues and drawing works well too.

I connected to a random Drawpile server to test if it worked without issues, turns out it does quite well. Note that I’m using VirtualBox to run Drawpile and it’s a bit cumbersome to use under a VM, but you get the idea.

I made a pull request (PR) to HaikuPorts (the recipe repository for haiku packages) to include Drawpile into Haiku, you should see it in the HaikuDepot once the PR has merged. If you want to try it out, you can download the Drawpile package with previous versions directly from HaikuDepot.

If you’d like to contribute more software to Haiku, I recommend starting at the HaikuPorts repository wiki.

A look at PASETO, Branca and Macaroons